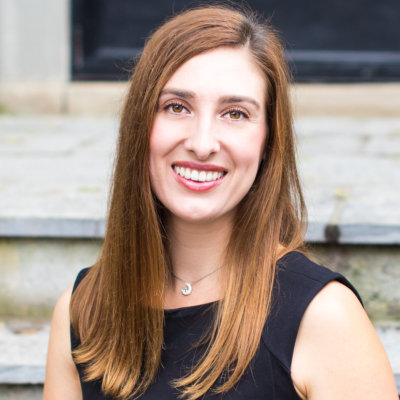 Odette Hutchings joined Sustainival as the Executive Director in March of 2018. She led the organization through both the 2019 and 2018 event cycles, successfully producing events across Alberta in cities including Lethbridge, Edmonton and Fort McMurray, which engaged over 75,000 people who attended and thousands more through month’s long communications and media campaigns.

Under Odette’s leadership the organization fulfilled many corporate sponsorships, two municipal grants from the City of Edmonton and two provincial grants from the Alberta Climate Change Office and the Ministry of Culture and Tourism, delivering results that achieved the goals of Sustainival and its supporters.

Previously, Odette Hutchings was the Senior Manager at Global Citizen’s Canada office. In that role he split her time assisting in the management of the overall team and working on the Canada campaign and advocacy strategy and execution.

Odette’s work with Global Citizen contributed to a long list of victories both in advocacy and public engagement with the Global Goals. In 2016 Odette worked on the planning and execution of a cross Canada campaign, including digital campaigning, Parliamentary events, MP engagement, concerts and 4 music festivals, to educate Canadians about the need to eradicate polio once and for all. In June 2017 the campaign paid off when Canada stepped up and pledged $100M towards eradicating polio. In 2016 Odette worked on bringing to life the first large-scale Global Citizen concert to take place in Canada, a high-profile event in celebration of the Global Fund Replenishment, which generated nearly $13 billion to fight TB, Malaria and AIDS. Prime Minister Trudeau spoke throughout the evening which featured performances by Metric, Sam Roberts, Usher and The Roots.

Outside of her work with Sustainival, Odette serves on the Board of Trustees for The Linden School, a school focusing on the empowerment of girls through a girl-centered pedagogy.

Odette holds a Bachelor of Arts (Honours Program) in International Development from the University of Guelph.